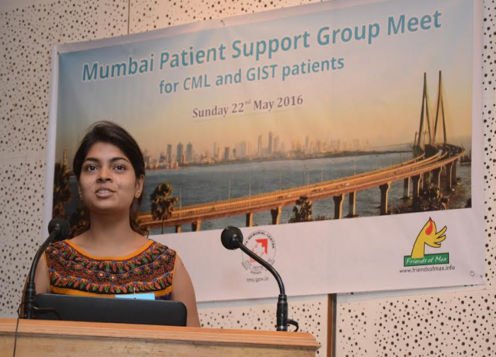 Stories of Dignity and Hope: India and Philippines

Throughout the month of October, as we celebrate the Maximize Life Campaign, we’ve invited team members to share stories of dignity and hope from patients and caregivers. We share these stories so they may inspire you to raise your voice, fight the stigma cancer carries, and offer hope to all. Read the first post and second post in this series.

Shared by the South Asia Team

The following story comes from a caregiver out of our Storytelling Workshop, which forms the bedrock of our belief in the therapeutic value of sharing stories.

Cancer survivors like my mom are real heroes, not many people have the courage to look at death in the eye and say CATCH ME IF YOU CAN!!!

In November 2011, my parents and I started for our native place to attend a family wedding. We were enjoying ourselves and my mom looked fit as a fiddle. But the very next day she started feeling weak and dizzy. We all assumed that it was due to the fatigue of five long days of wedding celebration. But we were soon proven wrong when her condition deteriorated further and she could barely walk.

Once back in Mumbai, we managed to take her to local hospital, where Dr. Shishir Shetty found that a tumor in her stomach was malignant and my mom urgently needed an operation.

That was a doomsday for us.

But my mom showed tremendous courage. The operation was not easy, but her willpower was tremendous during this phase. Soon after, she was on treatment thanks to The Max Foundation.

My family members urged me to marry during this time, saying, “If anything happened, my mom would at least see me settling down.” But my mom was against it. She wanted her daughter to finish her studies and stand on her feet. During this time, she was worried about my welfare. Her battle for survival was more for me! She knew that her daughter needed her.

Today I stand high, completing my graduation because my mom was there for me, smiling despite all her agony. Thanking her is the least I can do! Her survival and struggle has made me grow as a person and understand the unconditional love of a mother.

Cancer played the role of a bonding agent in my family’s story.

Shared by the Asia Pacific Team

Jhonnel was diagnosed with CML at the age of 12 – a total shock for a child who is so passionate to learn and play. Jhonnel recalled how that year marked his most confusing moments. His family had been greatly affected, not only financially but also emotionally. As a young boy, he persistently searched for answers for things that were difficult to understand. He was a silent participant during the patient gathering.

But during the 2015 Maximize Life Campaign, Jhonnel bravely shared his story to hundreds of patients and caregivers. His perspective on life eventually changed. Through his testimonial, he came to realize his needs are not greater or special in any way. The Maximize Life Campaign event brought out the best in him. Today, he’s one of the many hardworking volunteers of Touched by Max, our regional patient advocacy organization. He is proud to inspire people because of his medical condition. He is passionate to help and continues to share his God-given talents to the patient group. His transformation from being a shy member to becoming an active and highly-motivated volunteer has brought positive energy to the group!

The Max Foundation exists to increase global access to treatment, care, and support for people living with cancer.

Join Gershon as he shares his journey from cancer patient to advocate and leader.
See Gershon's Journey